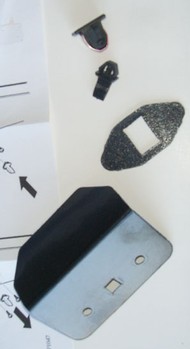 MGB ARMREST REPAIR KIT 4PC
Price:
$21.95
KIT2
Currently out of stock - check back soon.
Categories:
Accessories
Interior
MG
Description:
UNFORTUNATELY OUT OF STOCK THE STRICKER - HOPEFULLY BACK EARLY TO MID DECEMBER
ARMREST REPAIR KIT FOR MGB, MGB GT 72-80
After 30+ years it's more than likely that your MGBs armrest is in need of repair. Repetitive exiting from the car while using the armrest as a launching point has more than likely broken the small socket and pin that the designers originally thought would last the life of your car.